If someone’s running for public office, the last thing they want to happen is reports of domestic abuse on their record. Nor do you want the public to know that you were violent toward the judge during your divorce hearings. For John Gallman of the 33rd District, this is exactly what he’s facing.

Back in July of 2014, John Gallman was accused of abusing his now ex-wife in their Hodges, South Carolina home. While Gallman was the one who called 911 about the incident, public records show that it may have been the husband who was at fault. According to police records, Gallman’s wife had told the police her husband had pushed her into a wall and pulled her hair out during an argument. She didn’t press charges because she says he threatened her that she’d get nothing in the divorce if she called the cops. She called anyway, fearing that he’d hurt her even worse.

A year later, in June of 2015, the couple had the police at their home again for allegations of domestic violence. This time, Gallman is suspected to have broken his wife’s finger during an altercation. He denies the reports, but there are medical records to prove it.

The couple finally divorced in the summer of 2017. The judge who handled their divorce case confirmed that he had to chide Gallman several times in open court for his behavior. He is said to have intimidated witnesses who testified against him in his divorce case.

While no charges were ever officially filed against candidate John Gallman, this recent news story will certainly hurt his chances of getting elected. There were no further allegations of abuse after the couple’s divorce was finalized.

If your spouse threatens you during your divorce case, you should call our office in Greenville immediately.

The Coronavirus has caused just about every sort of business to shut down or the past couple of months. This includes the family courts in South Carolina. People who had divorces pending or who were waiting to determine child custody are becoming more than frustrated. Thankfully, the Clerk of Court offered some hope this week about the courts’ reopening.

According to Clerk Richard Shirley, they expect to start scheduling family law cases as soon as June 15, 2020. They know that the courts are essentially closed until June 12, 2020. They are only scheduling emergency hearings for matters that concern the welfare of children or a domestic violence issue.

One of the biggest complaints people have had are about unpaid child support. The clerk said not to worry. He explained that these matters are still being handled via the computer. When people become delinquent on their support, the court will notify them. And, they will start scheduling court appearances for people soon.

For other matters, such as divorce hearings, custody hearings and child support hearings, expect them to start being held starting mid-June. The good news is that the family courts expect to open much sooner than the criminal or civil courts. For people who have been waiting to learn the outcome of their family law matter, there is some light at the end of the tunnel.

Up until now, very few hearings have been held. And those that have taken place have done so via online hearings or CCTV. This is the only way the courts can ensure the safety of their staff and the parties.

If you’re wondering when you can file your divorce petition or schedule a hearing, contact our office right away. The courts do promise that things will return to normal slowly but surely.

Up until 1975, there were no laws against a person raping their spouse. For the most part, rapes are committed by men. And, under the common law, wives were the property of their husband and were, therefore, not allowed to refuse them sex. Over time, most states implemented laws that allowed for a wife or husband to charge their spouse with rape. However, these laws, especially in South Carolina, are still pretty loose.

In South Carolina, in order for a husband (or wife) to be convicted of rape against their spouse, the following rules apply:

With the #MeToo movement, several states tried to repeal the spousal rape exceptions. Unfortunately, none of them passed. The justification the State uses for providing this exception is that the government should encourage families to stay together, not separate. Obviously, if someone is charged and convicted of spousal rape, they’ll likely separate or divorce. The State also says it can be very hard to prove that a spouse didn’t give consent, especially given the fact that they’ve had a relationship with their spouse for years or even decades.

Psychologists report that spousal rape can be very damaging for the victim. The fact that the laws require the perpetrator in a spousal rape to use a foreign object or force is demeaning. It tells people, especially women, that they have no rights.

If you wish to talk to a family law attorney about domestic violence, or simply wish to discuss a divorce, call our office right away.

Thousands of people in this country had planned on getting married this spring. They had their venues picked out and hired their caterers. Save the Dates went out and people had responded whether they wanted chicken or fish. Then, the Coronavirus broke out and put a damper on all of their plans. With social distancing rules in effect everywhere, weddings were put on hold or indefinitely postponed. But for one couple in Lexington County, South Carolina, they weren’t about to let COVID-19 ruin their special day.

Jennifer Coffey and Robert Arcovio got engaged last summer. They had planned to get married on April 4, 2020. When the COVID-19 stay at home orders went into effect, they considered postponing their wedding. However, Coffey’s mom had just been diagnosed with cancer and was going to be starting treatment. The couple didn’t want her to miss out on the day, so they came up with a new plan.

Like so many other couples, Jennifer and Robert decided to have a virtual wedding. They had originally invited 100 guests. However, when they did a live Facebook stream of their wedding, they managed to have 300 of their closest friends and family attend. The bride wore her wedding dress and Arcovio wore his tux. They already had their flowers arranged so they decorated a friend’s dock and had their virtual wedding.

The couple said they day was still magical, and they even got to enjoy their first dance as a married couple. They had just a handful of people there and broadcasted the wedding across Facebook. This way, Coffey’s mom was able to attend and didn’t miss a thing. With the virus still plaguing the United States, more couples are going to be taking a cue from Coffey and Arcovio.

If you are experiencing any legal issues in South Carolina, give our family law office a call.

A South Carolina woman has been arrested and charged with child neglect after she allegedly recorded and posted a video of herself driving a car with her five-year-old child on the hood.

Twenty-six-year-old Thrista Miquisha Johnson surrendered last Tuesday after Rock Hill police found out about the video that was reportedly posted on Facebook. Media reports said the police issued a warrant for Johnson’s arrest.

Lt. Michael Chavis said the 20-second video was taken two days earlier near an apartment building in the city.

He revealed that the police couldn’t determine how fast the car was traveling. However, the child was not injured.

Chavis said the child was sitting near the area where the hood and the windshield meet. Johnson was driving in the apartment complex’s roadway and she made “a couple of turns before the video ended,” Chavis said.

He noted that while the video was brief, police were able to identify the apartment building.

When detectives confronted the mother, she allegedly admitted to filming the incident and said she had done something similar before.

Police say she seemed baffled as to why the police would be interested in the video.

Police notified the state’s social services department after they confirmed that Johnson was the child’s mother.

It is not clear who currently has custody of the child.

Chavis thanked the public for reaching out to the police about the video. He said the child could have easily fallen off the car. He noted that any injuries caused by hitting concrete or asphalt could have been severe.

Johnson was released and arraigned on Tuesday. The video was removed from her Facebook page.

If she is found guilty of neglect, she could spend up to ten years in prison.

If you have questions regarding child custody or other family law matters, seek advice from a car accident lawyer in Greenville, SC. 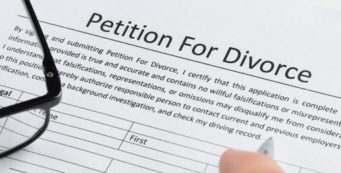 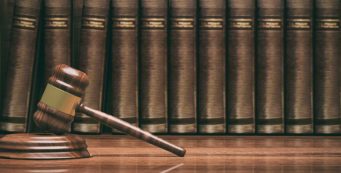