An SC father unable to pay fines was recently charged with multiple counts of contempt after showing up for a family court hearing and taken into custody.

According to the Post and Courier, Clint Eugene Doran was charged with failing to pay child support for two sons, violating a restraining order that prohibited communication with his ex-wife and an additional count for not paying his wife’s attorney fees.

Doran claims that the charges and his current prison stay are “unconstitutional” as he did not have a chance to prove himself in court. He further explained that his negligence to pay the above-referenced expenses was not an act of defiance against the court orders. On the contrary, the 45-year-old allegedly could not afford to pay them.

ACLU of South Carolina Legal Director Susan Dunn states that this is a common scenario faced within the state courts as many parents who are unable to afford legal representation simply cannot handle the legal burden associated with their cases.

Kathryn Free, the attorney representing Doran’s former spouse, claims that Clint “was given every opportunity.” She went on to express the wish for people to just obey court orders.

Court documents show that Doran violated restraining orders on multiple occasions, skirted previous plans from his attorney since his wife filed for divorce in 2015 and even argued in court.

Doran was reportedly in the hospital during one scheduled court appearance. His doctor allegedly ordered him to undergo tests for blood cancer. Even though the clerk stated a continuance would be issued, the hearing reportedly went on without Doran.

Judge Rosalyn Frierson-Smith issued an arrest warrant for Clint during that hearing along with imposing an immediate four-month prison sentence if he was not able to pay his outstanding child support fees and a $1,500 fine. Judge Smith reportedly wrote in an order that there was “no need” for another hearing. 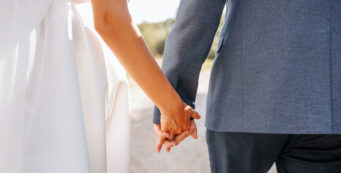