The adoptive parents of a three-year-old girl were charged earlier this month with homicide by child abuse. The accused couple had adopted the child later last year, along with two other kids. The accused have been identified by the authorities as Ariel Robinson and Jerry Robinson.

Ariel Robinson gained local and national fame in August last year after she won a popular TV show. Being a part of the ‘Worst Cooks in America’ show being aired on Food Network, Robinson went on to claim the $25,000 prize money. At the time, she had told others that the money would be spent towards forging a life along with three children that she and her husband were adopting.

Three-year-old Victoria Smith was one of these children. Smith’s mother had earlier lost custody of her and the Robinsons adopted her. After a few months with the Robinsons, Smith was found dead earlier this month. An autopsy was conducted on the orders of the Greenville County Coroner’s Office. The results confirmed that Smith had died from multiple blunt force injuries.

The Robinsons were charged with killing the child on January 19. The charge brought against them is that of homicide by child abuse.

The biological family of the deceased girl is now asking the authorities to return her body so that they can arrange a proper funeral and burial. However, authorities are not yet certain whether to assent to this request. As of Tuesday, January 26, the body of the deceased still remained at the Coroner’s Office.

The Coroner’s Office told the family that a Family Court judge will decide whether or not to hand over Smith’s body to her biological family.

The South Carolina Department of Social Services is investigating the matter along with the law enforcement agencies. It remains to be seen what punishment the Robinsons receive for the atrocity. 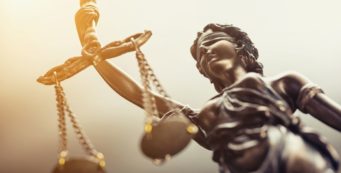