During a divorce in South Carolina, property has to be divided and distributed between the spouses. One frequent question that arises is how this process might affect an inheritance. There are a number of important rules that apply, but the answer is not always straightforward. And if you’re facing divorce in Greenville, SC, you deserve a dedicated family law attorney.

In South Carolina, divorcing parties have to divide their property and debt. This takes place during a process known as equitable distribution. The court will consider a number of statutory factors in deciding how to split assets and liabilities. “Equitable” does not necessarily mean equal. In fact, there are cases in which an uneven division may be considered more fair (equitable) than not.

Importantly, however, the equitable distribution process only applies to marital assets and debts. Property that the court determines to be separate is generally excluded from this process. The problem arises because some types of property can have separate and marital qualities. Or separate property can be used for marital purposes, potentially subjecting a portion of it to equitable distribution. This is where inheritances come in.

In most cases, an inheritance is considered the separate property of whoever has received or will receive it. This is no matter whether the inheritance is real estate, cash, or something else. It also doesn’t matter, in most cases, when the property is inherited. The general rule is that it’s not subject to equitable distribution in any event.

However, there are exceptions to this rule. An inheritance will only stay out of equitable distribution if it’s entirely separated from the rest of the family’s finances. Failing to do this may be considered commingling, and that can change the nature of the inheritance.

One way to commingle an inheritance is to place the proceeds from it (or cash) in a joint account. This essentially changes the nature of the inheritance by mixing it with marital property. While it doesn’t necessarily mean the judge will award part of the inheritance to the other spouse, this could happen. By commingling this money, the spouse with the inheritance has opened the door to having to share it.

Let’s say you’ve inherited some real property, but you’ve managed to keep it titled in your name only. At first, this would seem to avoid the possibility of commingling assets. However, if you start using marital funds to improve the property, the inheritance could become marital. The same could be true if you start using marital funds to pay the mortgage, insurance, utilities, and other expenses.

What Can I Do To Protect My Inheritance?

All of the above scenarios have been known to happen to inheritances. They provide a strong warning for how this property can change character. Ultimately, how your inheritance is maintained and used could have substantial consequences for whether it gets divided.

If you’re in Greenville and have an inheritance along with a pending divorce, don’t leave it to chance. There are options for potentially protecting the inheritance during equitable distribution. Let the experienced team at Greenville Family Law help. Call today to learn more. 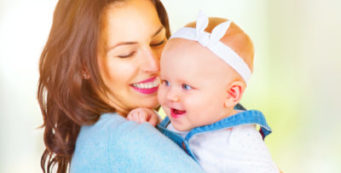