Thomas Ravenel was once the State Treasurer of South Carolina. That was until he served time in federal prison for cocaine charges. The 58-year old man has also been accused of sexual assault on at least one occasion. He was married once and divorced. That was prior to having two children with “Southern Charm” stary Kathryn Calhoun Dennis.

Ravenel himself appeared on the Bravo reality hit for a few seasons. While on the show, he put his child custody issues with Dennis on display for the world to see. He has recently stated his intentions to gain custody of the two (2) children he shares with Dennis.

This week, Ravenel once again sought social media fame by announcing that he was getting engaged again. He did not reveal the identity of the woman he plans to marry. However, he did announce that he will not need a prenuptial agreement with this wife. This announcement came just days after posting pictures with the woman Ravenel most recently had a child with – Heather Thea Masco.

Masco had enjoyed a prior relationship with famous South Carolina restaurant owner Leo Chiagkouris. The two have been dealing with an embittered child custody battle over the last few years. It appears that Masco – who shares an 11-month-old child with Ravenel – may have been spending a bit too much time with Chiagkouris while dating Ravenel as well.

The question now is, will a man charged with sexual assault of a nanny and federal cocaine crimes be awarded full custody of his two young children? There is no word yet whether Masco and Ravenel have come to terms on custody for their infant child.

If you’re dealing with a bitter child custody issue or divorce in Greenville, make sure to call our office right away. 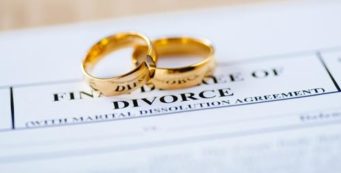