Divorce and family law attorneys in Greenville see all kinds of complicated cases. Thankfully, most of them, while messy, are resolved without any sort of domestic violence. Despite their wanting to separate, most wives and husbands are able to keep things civil, if only for the kids. Sadly, this wasn’t the case in Florence County this week.

Former Florence County Sheriff Kenney Boone was arrested yesterday at his home for an alleged domestic violence incidence. Boone is said to have come home drunk and started fighting with his wife about money. He then went to his car, grabbed a baseball bat, and hit the family’s cat. He also started throwing things and using the bat to knock over furniture and potted plants.

Boone’s wife called 911. When the police arrived, Boone threatened to hurt them as well. He was arrested and initially charged with 1st-degree domestic violence which is a felony in South Carolina. For some reason, when he went to his initial hearing, the arrest warrants had been changed to misdemeanor 2nd-degree domestic violence and mistreatment of an animal.

Ironically, Boone had just been in court last month for embezzlement charges to which he pleads guilty. He was given a 5-year suspended sentence and was ordered to pay back the $17,000 he stole from the county.

Boone claimed that the fact that he had been a sheriff for more than 30 years should be proof that he wouldn’t hurt his family. However, the judge didn’t agree. He was placed in jail on a $10,000 bond. He was also told that he is not to go anywhere near his family.

If you’re dealing with a nasty separation or divorce, call our Greenville divorce attorneys right away. 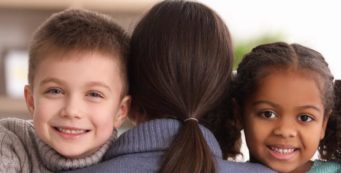