According to ABC 4 News, the declaration further designates November 25th as “Statewide Adoption Day” for South Carolina. Similar declarations were made in 2018 for the same month.

The purpose of these declarations is to raise awareness of adoption opportunities and encourage more families to welcome foster children into their homes.

McMaster referenced the 140 people currently in foster care throughout the state waiting for permanent placements. He expressed the belief that “a loving home” can create a big difference in the future of a foster child. McMaster credited the state for the “caring and compassionate” people who want the best for others as he asked South Carolina families to consider whether adopting a child is a practical option.

The same provision was made for last year’s Statewide Adoption Day on November 19, 2018. According to the South Carolina Department of Social Services (DSS), over 600 children were available to adopt within the foster care system. The report confirmed the scheduling of 65 children to be adopted within 45 families.

Individuals and couples alike can become licensed as foster parents within South Carolina. According to the DSS website, interested and qualified people can even become foster parents to relatives in certain situations and access the same services offered to non-related foster parents.

If you need help with adoption, contact us today. 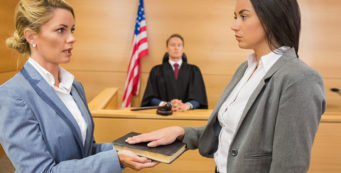